My curiosity was peaked – I had to read it. I was certainly not disappointed.

JUNK: Record of the Last Hero is a tale focused on Hiro Yuuki, a high school student who has become a shut in after being bullied at school. Barely leaving his room, his connections to the world have been narrowed down to his parents, his love interest Ryoko, and the Internet. 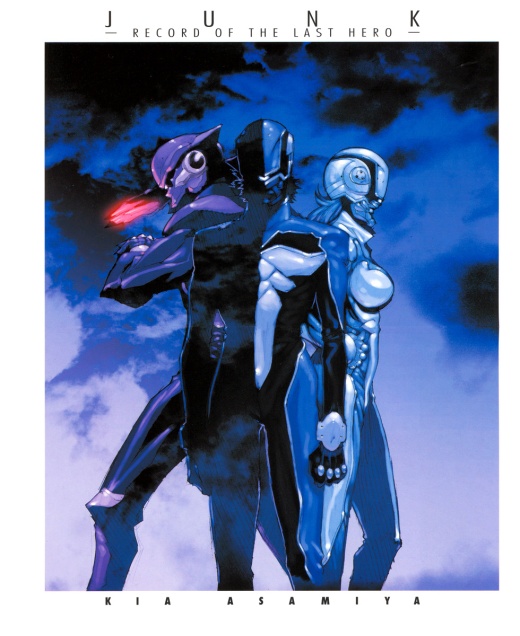 Online, Hiro stumbles across JUNK. There is no explanation as to what JUNK is exactly, but Hiro signs up anyway. JUNK turns out to be a project that attempts to increase human potential. JUNK Users become empowered by a suit that appears on them when activated. The manga takes a lot of inspiration from Superhero Tokusatsu shows like Super Sentai (Power Rangers), Ultraman, and Kamen Rider (or Masked Rider…anyone remember that?) JUNK, however, takes this genre and puts a dark twist on it. Think of what Frank Miller did to Batman in the 80s, Kia Asamiya has done the same but to the stereotypical Japanese Superhero Tokusatsu genre.

Asamiya asks this: If a person with these powers existed in our world, how would the world react? 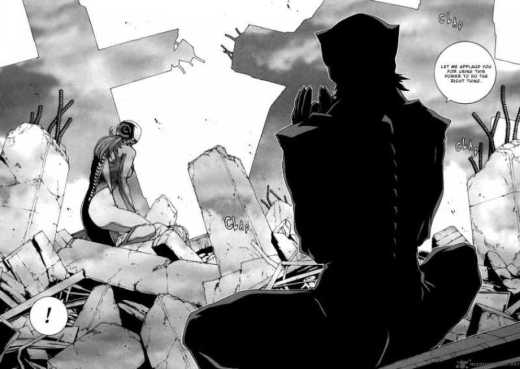 This isn’t a new concept. Many comic book writers in the 80s applied this question to a variety of Marvel, DC, and original characters, withWatchmen being the most notable. However, up until now I have never seen it applied to Japanese Superheroes. It’s cool as well to see the amount of destruction shown (that is of a typical Japanese Superhero show) has real world consequences, rather than it being A-OK in the next episode.

If I could sum up JUNK in one word, it would definitely be ‘dark’. Violence, sex, drugs… These are just a few of the vulgar and all too real themes that are in this manga. But JUNK also has strong overarching political satire. All good comic books/manga are satires in some shape or form, and JUNK does it to the extreme. That’s not to say that it’s short of laughs though – the characters are sarcastic and just as wacky as any other great Shōnen character. If you are looking for something new (well, it came out in 2004-2007, so relatively new!) and something with a twist on a genre you already love, then JUNK is a strong recommendation from me.

One thought on “JUNK: Record of the Last Hero by Kia Asamiya”