For me this is a toss up between some of the anime series’ I watched when I was younger, including: Pokemon, Digimon and Cardcaptor Sakura. But I think my choice for this challenge is going to have to be Cardcaptor Sakura as it’s the one I’ve re-watched the most and always enjoy.

Some of the Pokemon episodes annoy me – especially when Ash can’t remember having a Butterfree – and with Digimon I never watched all of the series as I hated the one with the train… *Googles what series is called* Ah yes, Digimon Frontier. So Cardcaptor Sakura is a no-brainer! 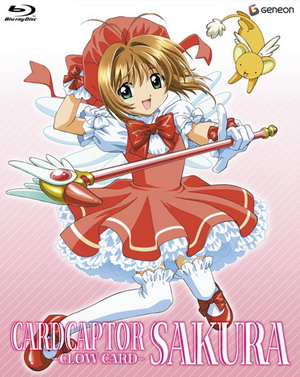 My original choice was going to be Cardcaptor Sakura, as it’s the only series that I’ve re-watched 3 whole times, and I will almost definitely watch it again and again in the years to come. However, as I thought it would be better to pick something different to Jess, I’m going to with a Studio Ghibli favourite of mine: Howl’s Moving Castle. 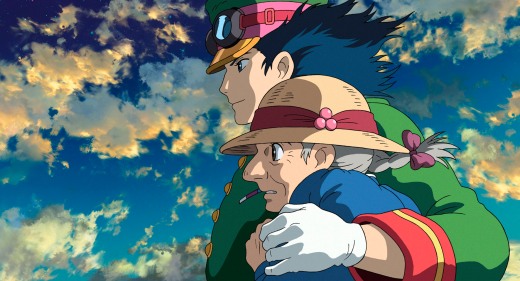 This film is like a classic Disney movie to me – I know all the words, I know the story back to front, and yet I never get sick of revisiting it, and it never ceases to make me feel exactly the same feelings I did upon first watching it. Films like this feel as good as a hot drink on a cold day – nurturing and fulfilling every time.

The story is essentially a fairy tale in which each character must learn a valuable lesson: selfish but talented wizard Howl must learn self-sacrifice in order to find true love; and shop girl Sophie must conversely learn to love herself before she can love another; the villainous witch must learn to let go of unreturned affections; and the King must learn to abandon a self-serving and pointless war… I could go on through the entire cast, but I won’t. Howl and Sophie are the missing pieces in each other’s lives – but they must overcome societal and personal obstacles before they can prove it to the other.

Moreover, like all Studio Ghibli films, it’s filled with vibrant and interesting characters, humour, magic, brilliant world-building, anti-war rhetoric, and breathtakingly drawn scenes like this one:

Howl in his bedroom with Sophie by his side.

The little digs at Howl – the fabulously vain ladies man – are also really funny. One scene in particular that I quote constantly is when Howl dyes his hair with the wrong potion (due to Sophie rearranging everything in an effort to clean the Castle) and laments about how hideous he looks. Sophie – who has been cursed with an ageing spell – tries (and fails) to comfort him:

(Sorry for the poor quality – that was the only clip I could find!)

I don’t re-watch this anime often, but when I do, I love every episode all over again. The anime I that never gets old for me is Outlaw Star.

The series takes place in the “Toward Stars Era” universe in which spacecrafts are capable of traveling faster than the speed of light. The plot follows protagonist Gene Starwind and his motley crew of an inherited ship dubbed the “Outlaw Star”, as they search for a legendary, outer space treasure trove called the “Galactic Leyline”.

Most anime I can re-watch happily, but even in some of my favourite anime there are episodes that I either don’t like or are impartial to. But with Outlaw Star I love every episode. I love how ‘old timey’ it feels even though it’s set in space, and every member of the crew is interesting and are genuine, fully-rounded characters. Re-watching Outlaw Star to me is like reading your favourite childhood book, just like when a Harry Potter fan picks up The Philosopher’s Stone again and is reintroduced to Hogwarts.

Dragon Ball is always going to be my favourite anime ever, but when it comes to revisiting it, I prefer to read the manga than watch the anime. Whereas Outlaw Star is so fun to watch, and the cast are like old friends, even the narrator sounds like a parent is reading me the tale. It’s the best. 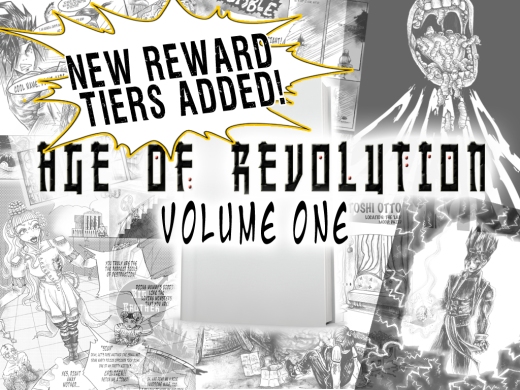